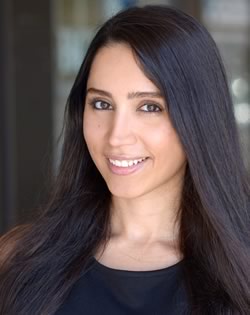 Born in Iran, Delaram started taking piano lessons from the early age of 6 with some of the most well-known pianists. Her extraordinary talent backed by hard work led to several well-received performances and great achievements at different venues since early times.

After her move to Canada in the mid 1990s, she followed her passion for piano during secondary school and further at the University of British Columbia where she studied with prominent Music Maestros and Pianists and received her Bachelorâ€™s degree in Music.

Delaram has performed in several concerts and festivals in Vancouver, Shanghai, and Tehran. Her love and passion for music shows not only through her performances but also throughout her teaching career, in which she takes great pride.

She uses relaxed and friendly methods specifically and suitably customized to transfer the musical knowledge and skills according to the needs and goals of each student. The love and enjoyment of learning piano and music is the most important factor in every lesson.

Listen to the performance from the 10th Anniversary Gala Concert:
â€śClimb Every Mountainâ€ť from The Sound of Music