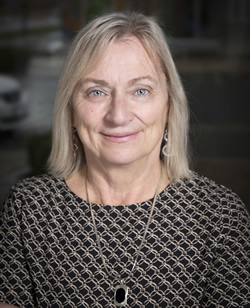 Olga Lockwood is Director and owner of Mastery School of Music™, having opened the school in 2008 with 25 years of experience as a music teacher. A gifted and professional musician, she has an ARCT in both voice and piano performance. Before relocating to Vancouver, she ran a large, successful private studio in Winnipeg while also teaching in two private schools‚ÄîBalmoral Hall School and St. John‚Äôs Ravenscourt School. Her success was marked by many of her students having won competitions in Winnipeg and having been silver medalists in the Royal Conservatory of Music and Conservatory Canada examinations.

MASTERY has experienced highly significant growth since its establishment, and in 2010, just one year after opening her school, Ms Lockwood, representing Vancouver, was one of three finalists in British Columbia, in the ‚ÄúGrowth Award‚Äù as selected by Small Business BC. During this time period, she has also been a mentor at the Women‚Äôs Enterprise.

As a member of the Manitoba Registered Music Teachers Association, she served on its Provincial Executive as Treasurer for three years. In 2007, she was the recipient of the Voice Pedagogy Award from the National Association of Teachers of Singing Foundation. She has been a national examiner for Conservatory Canada for many years. In British Columbia, she is a member of the BCRMTA and on the Advisory Board of the BC Piano Teachers Federation.

Ms Lockwood‚Äôs first career was in physiotherapy, specializing in hand therapy and developing and managing the burn and hand therapy unit at the Health Sciences Centre in Winnipeg. She was also a sessional instructor at the Faculty of Medical Rehabilitation at the University of Manitoba.

Today, as operator of MASTERY, Ms Lockwood seeks to provide every student the opportunity to reach his or her highest musical potential through personalized music education with diverse and highly trained teachers who are experts in their field.