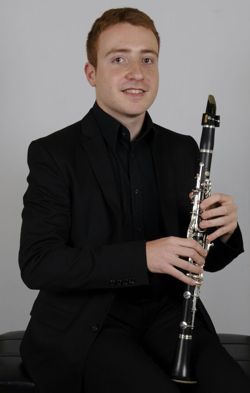 As a teacher, he has been a member of the faculty at the School of Music ‚ÄúJos√© Segu√≠‚Äù de Callosa d‚Äôen Sarri√Ý, the School of Music of Polop and the Sociedad Musical l‚ÄôHarmonia de Alicante (Spain). His teaching is based on musicality, always supported by a good technique of air control, which, in his view, is the most important aspect of any wind instrument.

He has received Master Classes with Andreas Sunden, Enrique P√©rez, Josep Fuster, Eduardo Raimundo, Miguel Espejo, Joan Enric Lluna, Venancio Rius, Eddy Vanoosthuyse, Miguel Civera, Luis Miguel M√©ndez and Rafael Albert.
Carlos started his musical studies at the age of 9 at the School of Music ‚ÄúJos√© Segu√≠‚Äù de Callosa d‚Äôen Sarri√Ý. At the age of 13, he moved into Conservatory Professional of Benidorm, with m√°ximum qualifications in his auditions, with professor Raul Mahiques. In 2011 he finished his Intermediate Degree studies at the Conservatory Professional of Valencia, with Roberto P√©rez, entering the Conservatorio Superior de M√∫sica Oscar Espl√° of Alicante, starting with Gonzalo Bern√° Pic, and graduating in the year 2015 with Jose Franch-Ballester.

He has completed his Masters Degree in Clarinet Performance at the University of British Columbia with professor Jose Franch-Ballester, and he has started his Doctor in Music Arts program while he continues teaching clarinet in Vancouver.