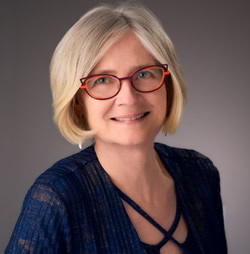 Mary Jo Carrabré has over thirty years of teaching experience with pianists at all levels. Her students have been prize winners in the Canadian Music Competition, Royal Conservatory of Music Examinations and have attended university music programs across Canada. Her approach to teaching is both engaging and empowering.

Before relocating this summer to Vancouver from Brandon, Manitoba, Mary Jo served as Director of the Eckhardt-Gramatté Conservatory of Music for twenty years. She has also maintained a busy schedule as an adjudicator and as a regular sessional instructor at Brandon University. Mary Jo is also active as a collaborative pianist, appearing in numerous radio broadcasts and four audio recordings, including the recently released Crazy and the Juno-nominated Jeté. As a specialist in contemporary music, she has premiered over 70 new works by Canadian and American composers.